Rogers and Hammerstein said it best. Five minutes after the Ardmore Marathon began, so did the winds. For almost the entire 26.2 miles  a strong wind pushed into our faces. I still have the blistered lips and peeled nose to prove it. The course was a relatively straight long line and the wind was non-stop and relentless. The race organizers must have known the runners were going to be up against this dry steady gust because at the relief stations in addition to the usual water, gatorade and orange slices they also provided wet sponges! This was my 5th marathon and my worst time so far. To my credit I had had a cold that started sometime in January and stayed with me for the next 3 months into March. Also it took my Son, David, and me over 20 hours to drive from Utah to Oklahoma.

I must have looked pretty messed up because just after I passed the 24 mile mark a race volunteer drove up next to me in a golf cart and invited me to jump in and quit the race. He said there would be no shame in giving up. I was totally insulted and told him I had already come 24 miles and even if I had to do last 2 miles on my belly while pulling myself along with my eyebrows I would finish this race on my own. As if that wasn’t bad enough just as I passed the 25 mile mark another volunteer driving yet another golf cart tried his best to lure me into that one as well. Sure, I was sick, old and only had one leg but come on…I had already run 25 miles! So there it was, the final mile just ahead of me. All I had to do was cross the last four-way intersection and I was home free. 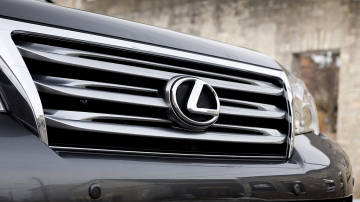 As I started out into the street the volunteer police snapped to and began blowing their whistles and holding up their white gloved hands to halt the traffic and let the near dead marathoner cross the street in safety. Everyone immediately came to a stop and started honking their horns and shouting praises my way as I ran through the cross walks. Well almost everyone stopped.I looked up just in time to see a Lexus plowing right through the intersection and heading straight towards me. I was way too tired to do any fancy Ninja moves and try and avoid them. The police officer did however jump in front of me and right in the path of the on coming Lexus and held his hand straight out while blowing very loudly on his official police issued whistle. It did no good the Lexus just kept coming. I stopped and started running in place because I knew to get in the path of this maniac was suicide. The police officer jumped out of the way at the last second and the car flew past. He ran after the car and just then she slammed on her brakes. The window rolled down and the head of a woman who had to have been 106 years old poked out. She looked around and said, “Are you people crazy? Get out of the middle of the road before you get run over!” it made me laugh. Old people, you got to love ’em. I got through the intersection and continued down the final stretch. Two volunteers ran up to me and said, “Oh my gosh you almost got run over back there!” I was so tired I didn’t really care. I thought maybe if I had gotten run over the race would have been over and I would have been a hero for being hit by a car but I was so close to the finish line that thought soon passed. ﻿

The rest of the race was uneventful. I crossed the finish line and received my medal and then drove 20 hours back home. Looking back I guess I should have taken an airplane.

One thought on “Oklahoma, where the wind comes sweeping down the plain!”