Upon arriving  late evening in the  Seattle airport we rented a car and engaged the help of Beepie our GPS to get us to Port Angeles for the Olympic  Discovery Tail Marathon.We ended up having to wait an hour at 12:30 am to get on the Ferry which Beepie thought would be the best option.( note to self ALWAYS program GPS to NOT use Ferries mode) Finally arrived at Lynette’s Brother home in Port Angeles at  about 3:00  am. 4:00 our time. So much for getting a little extra rest on this  Marathon. 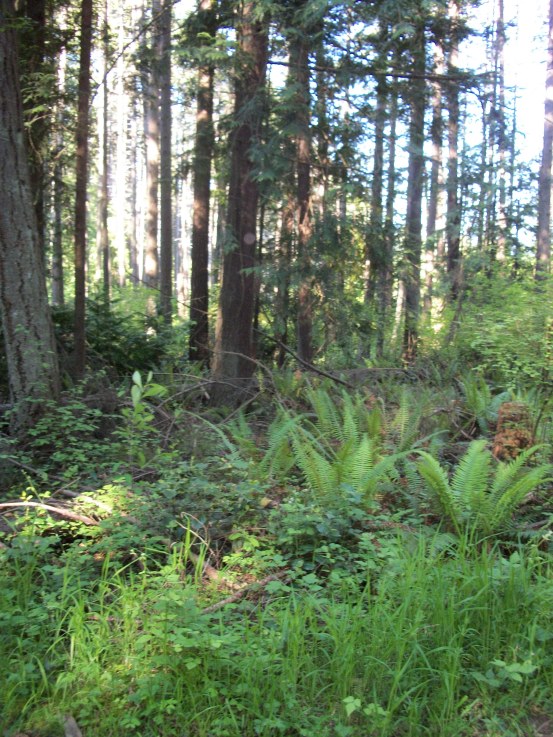 The race was on the Olympic Discovery trail. My brother in law Rick is a big supported of the trail. He has a dedicated area which he takes care of with a little metal sign with his name on it. This year he was instrumental in getting over 10,000 tulip bulbs donated and planted along the trail. The trail is truly amazing as well as Port Angeles.awesome! so I had a great time 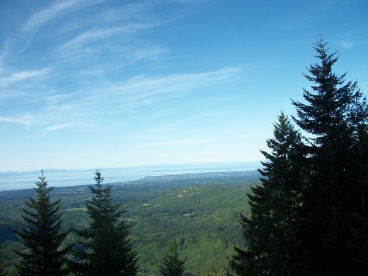 I’ve modified my training a bit and it’s really paid off.   I felt great on this run. Even so, I am so acclimated to Utah that everywhere else just doesn’t ‘feel’ the same. How the heck to those pro basketball stars do it? To be honest this course was a little tougher than I was expecting. Sequim and Port Angeles are beautiful areas and running along the ocean was…freaken awesome. so I had a great time. 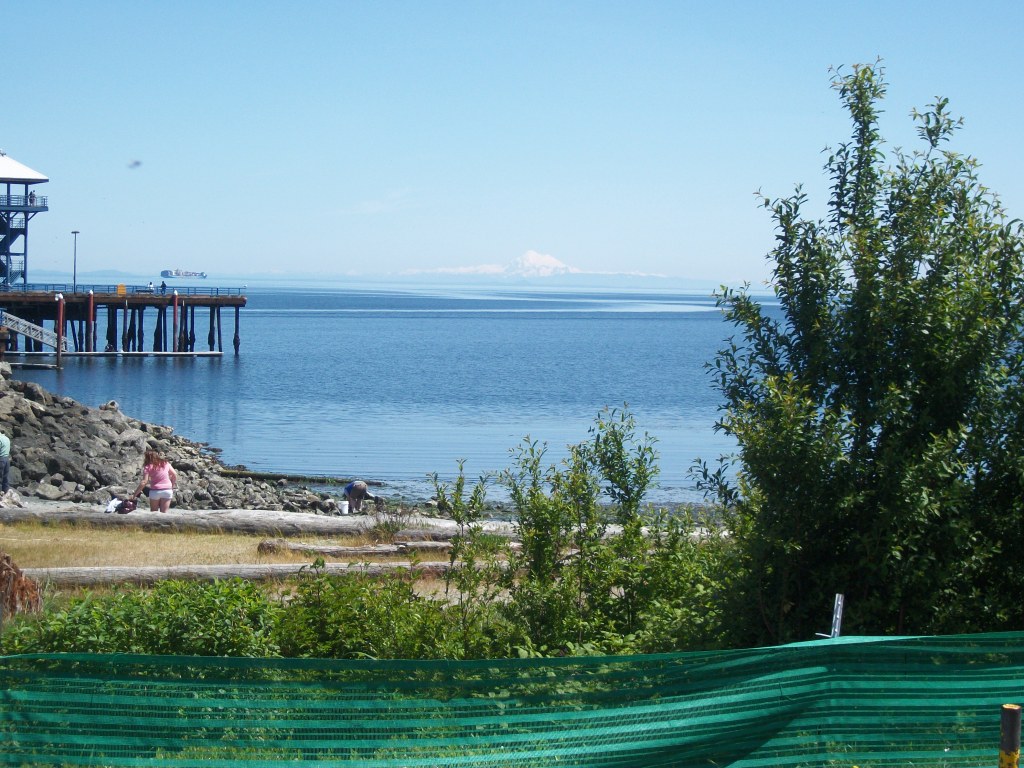 I met a lot of wonderful people. A resident had made up peanut butter and jelly sandwiches and put them out for us along with gummy bears. Another lady had come out with a hose and was squirting us off to cool everyone down because this just happened to be the warmest day of the year so far. Just days before it was around 50 degrees here but just for us runners it decided to heat up to 80This is my first race that I actually had fans waiting for me at the finish line! Fans other than my wonderful wife and  great family that I forced to help me drive drive with me. My brother in law Rick and his daughter Rochelle and granddaughter Alana came see me . 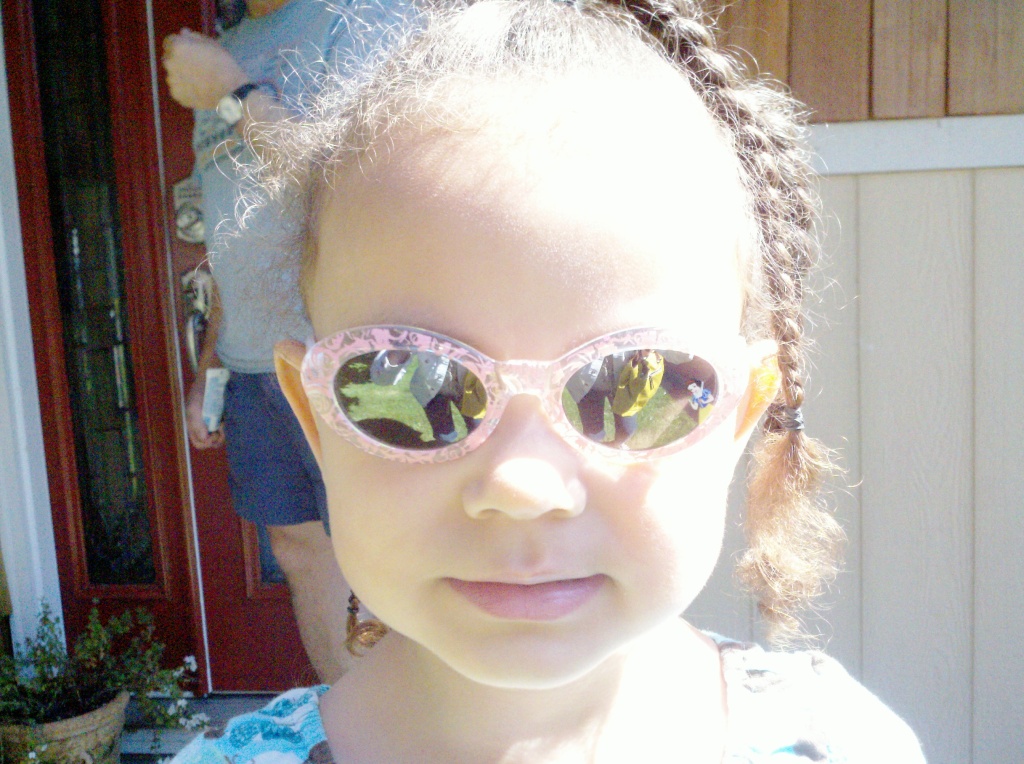 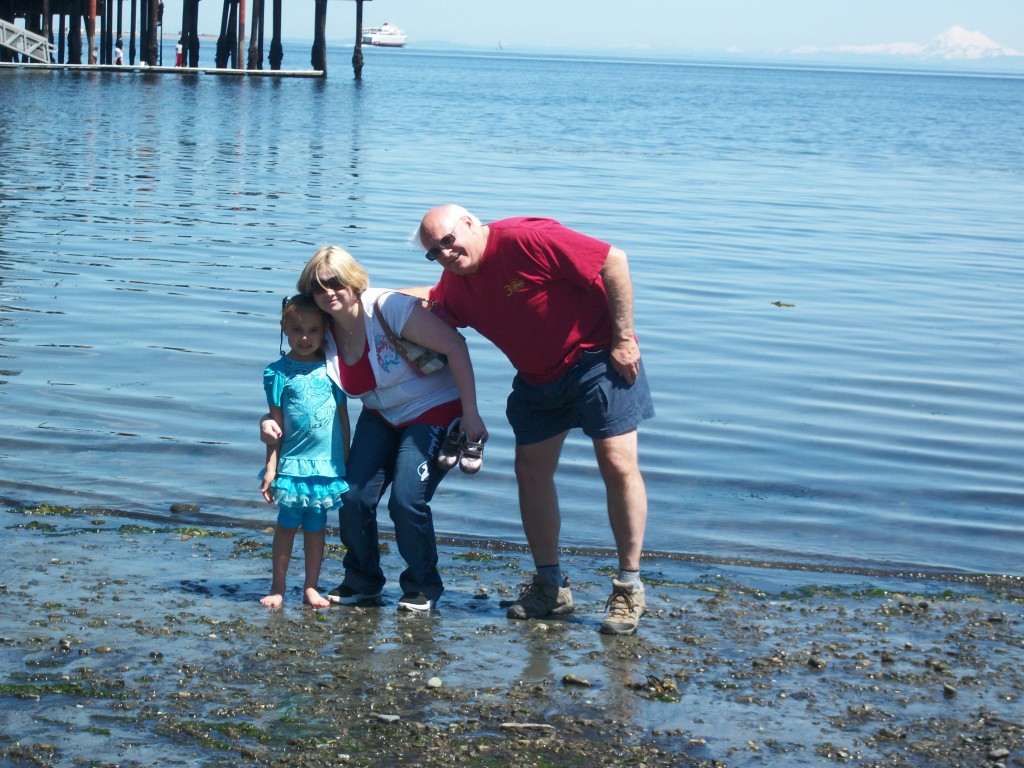 My wife’s  Lynette’s friend Bonnie  from Seattle drove up from Seattle with her cute daughter Elke. It was great having fans.

Anyone who claims they run a marathon just for themselves is in my opinion lying. You do it for all the wonderful compliments from all the great people that give up their time to come down and cheer you on. I’m always amazed at the hospitality of Americans and the pride they have for their little corner of the globe.

Once again  I had a medal presenter try and give a half marathon medal instead of the full marathon medal because he couldn’t believe that a guy with one leg could go a full 26.2 miles. I guess I said  I was changing social expectation in my “about me” statement.  I’m  changing opinions one person at a time. If I keep this up maybe one day no one will think any different of anyone else no matter how many limbs they have, or don’t have.  I almost forgot the best part of the whole race! Popsicle s at the finish line. 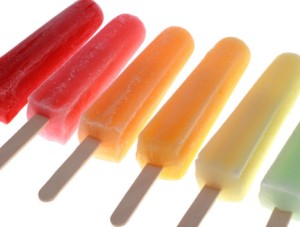 I almost forgot . I randomly got interview by  a reporter sitting at Dairy Queen while I was getting a post marathon hamburger.  I just started jabbering about  the race thinking he was just some dude and before I knew it, he was taking notes with his little note book .  ( by the way  he said I thought it was hot  but I was really a pretty perfect day. Here is the link: