Tim and Adam at mile 23 of Ogden Marathon

Back in December of 2011 my step son Riley Stanger drove with me to Missouri for a marathon. He was a great help. He  followed me off and on through the whole race giving me assistance and info to keep me going. At one point he noticed a runner who had 2 bloody trails on the front of his shirt. He was shocked and pointed it out to me. I casually looked over and then said something like, “Yea I know, there’s always one of ‘those guys’ in every marathon I run”. Well maybe I shouldn’t have been so cavalier in my attitude because I am now, ‘that guy’. 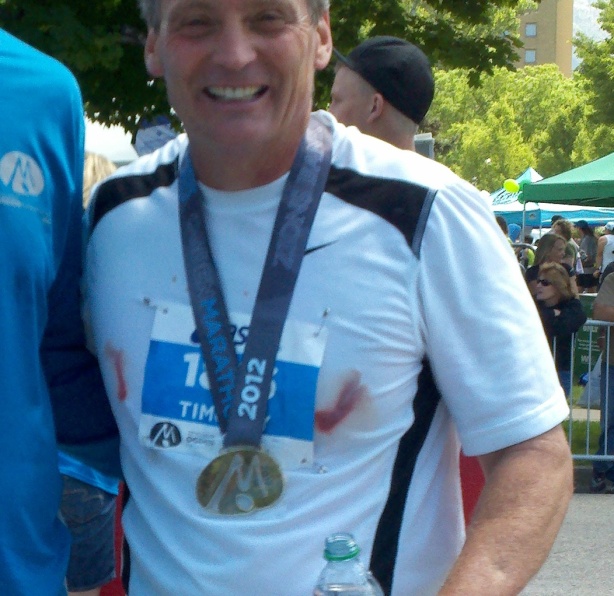 That guy with Bloody Nipples….me

I bought a really nice Nike running shirt a few months back. The white running shirt hung in my closet unworn and recently when I saw it there I thought it would be the perfect shirt for this marathon.  After about 20 miles my chest was really killing me and when I looked down, I saw to my horror that I had two long bloody trails starting at my nipples and dripping down about 3 inches on either side! I was so embarrassed I wanted to bury my head in a bucket of sand. I looked like some ‘newbie’ who was running marathon numero uno not a guy with 16 races to his credit. Well, live and learn I guess. Next time I’ll use band-aids and tons of Vaseline.

I ran  the  Ogden, Utah Marathon  Saturday, May 19 with my Son-in-Law Adam Smith.  If you follow my blog you may  remember  that Adam  came with me to the Montana Marathon and accidentally ended up running the entire 2nd half of the marathon completely untrained in a pair of Vans Tennis shoes.  He decided  that since he as able to do that he wanted to run a marathon for real.  I had already run 3 Utah marathons I certainly didn’t need a 4th one but when Adam invited to run with him to run his very first marathon I couldn’t very well say no.

After about 5 miles we ran up next to another runner who, like Adam, was sporting a pretty legitimate beard. 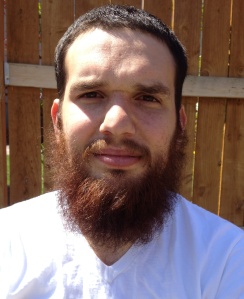 The beard Adam grew as he trained for the marathon

We all started talking and having a great time running when all of a sudden he just shrieked and grabbing at his leg fell over. He nearly took me down with him when he fell but I managed to get out of the way. Adam ran straight to several Police/EMT guys who luckily just happened to be standing not too far away on the side of the country road we were on. They immediately rushed over and began to help him. It kinda freaked me out a little. I’ve seen plenty of people pass out from heat or exhaustion but never from what appeared to be a pulled muscle before. One second he was right as rain the next second on the ground crying in pain.

Adam did a great job and kept pace the whole way with only a couple of slow downs. Our over all time was 5 hours, 6 minutes which is pretty decent. A couple of nice surprises of day was my friend Chuck Uibel who I haven’t seen in a couple of years turned out to be one of the photographers and at a certain point a fellow running caught up to us and asked me if I was the guy on that ‘Mormon Video’ he watched.http://www.youtube.com/watch?v=lbgk14yByTU Pretty  cool stuff. I love being able to run marathons and being with my family. All and all it was a pretty good day 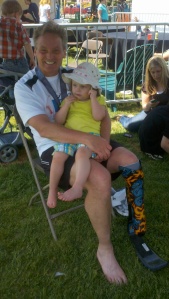