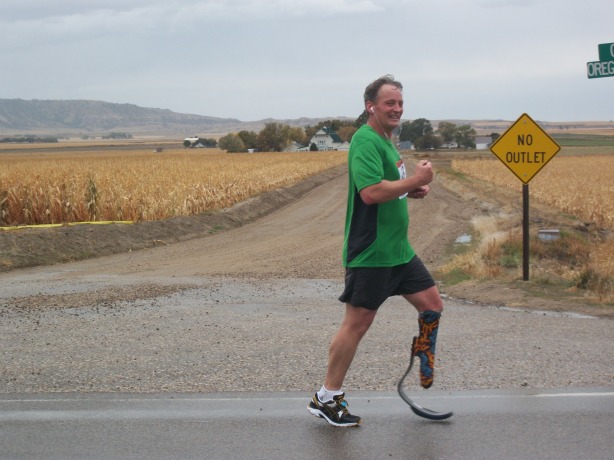 Rainy run through the Nebraska farmlands

Nebraska, state #15 added another crazy story to my nationwide adventures. After arriving in Scottsbluff, Nebraska we picked up my packet and Lynette and I popped over to the pasta dinner held a super fun local restaurant called the Steel Grill. 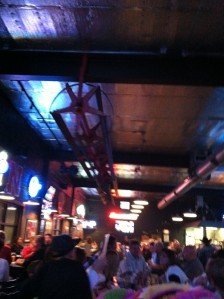 Steel Grill restaurant in Scottsbluff NE, yes that is a farm combine hanging from the ceiling

Here is where the Story gets weird. We headed out with the race map to preview where the bus pickup would be coming the next morning. Since the location was not GPS friendly we were left to our own bad sense of direction. After driving up and down the the old Oregon Trail Highway several times where we thought the turn off was we took the only available road and headed into the darkness. As the head lights shined down the small rural lane oversized trees surrounded us on both sides. In the distance we saw the eerie looking gate of a large graveyard and on the opposite side of the gate was a field of 8 feet tall dried corn stalks. We wondered if we were in the latest episode of the Walking Dead or a Stephen King novel about Children of the Corn waiting to be reenacted when I spotted arrows spray painted on the ground indicating the race coarse. The arrows led us down even further into the darkness until we saw a gate blocking us from going further. Here we were stuck on a dark lane in a small mid-west town with a 20 foot irrigation canal on one side and the zombie graveyard on the other. HOLY CRAP! Ever so carefully we do a 16 point turn and got the heck out of there. We found out later that was indeed the race course but as you might have guessed not the route of the buses. We took pictures the next day in the daylight of the graveyard but unfortunately no zombies showed up in the photos. No proof of the horror that was there the night before. 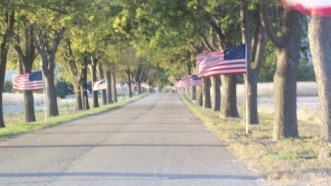 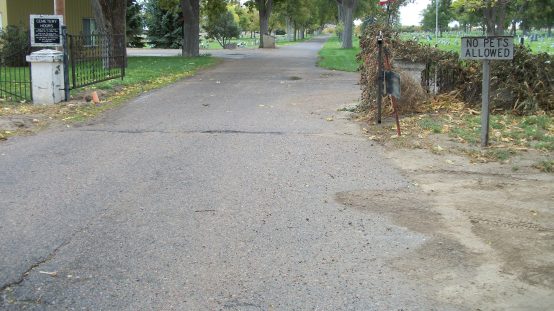 This graveyard was WAY scarier at night

This was the first ever Monument Marathon and I have to give them props. The marathon was well organized. The course was a good challenge and very scenic. All the the volunteers and people of Gering and Scottsbluff were the nicest people I have ever encountered at any race to date. My only complaint with the race was the weather. Mother Nature gave us a sudden winter twist with ice cold rain and high winds off and on during the race. 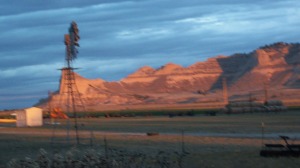 I had several people come up after the race to talk to me. I felt very humbled by people that were genuinely inspired by me overcoming my disability.  I am so grateful to the Lord that he has given me the ability to do the things I do and that I can be the means to remind others to push past  their challenges.

Even the Police and Park Rangers are nice in Nebraska. One Park Ranger let Lynette go into the park and up to the top of the  national monument for free. She took some cool photos of the area . 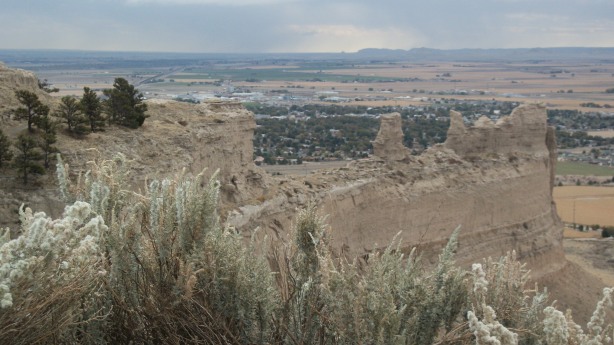 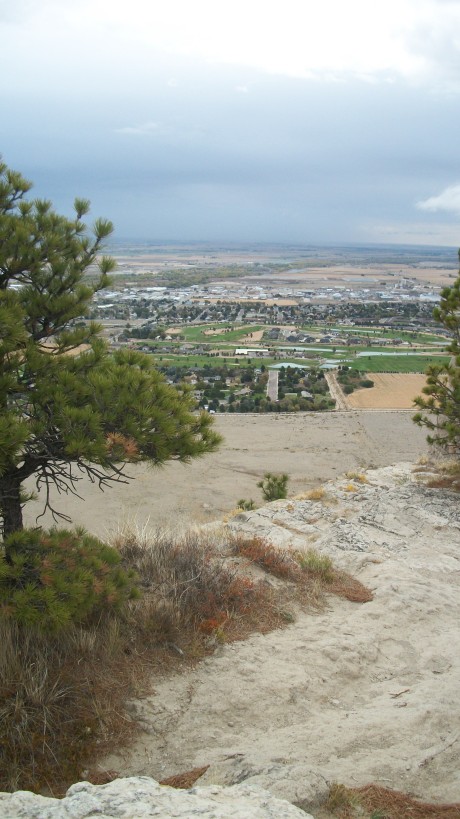 In most races the slower runners don’t get much fan fare. Actually by the end of most races the volunteers are so sick and tired of handing out water and orange slices they are just annoyed by the slower runners. But in this race they really made everyone that raced feel important. Their was tons of food which lasted right up until the last runners had a chance  to partake. The bands kept playing. Massage therapists were still available. All in all this marathon was monumentally awesome!! 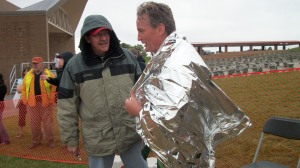 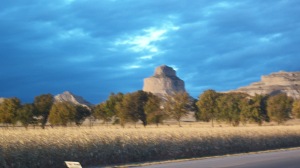