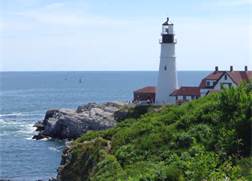 I never would have thought I could run 4 marathons in 4 states in 4 days but when I heard about the New England Challenge race series my wallet screamed ‘YES’! Flying out once would definitely be cheaper than flying out 4 times and doing each marathon separately.

After arriving in Boston’s Logan Airport on Sunday I got my car and drove to Portland, Maine. I got a room for myself and tried my best to get a good nights sleep even though I was pretty pumped up and ready for my first big race. 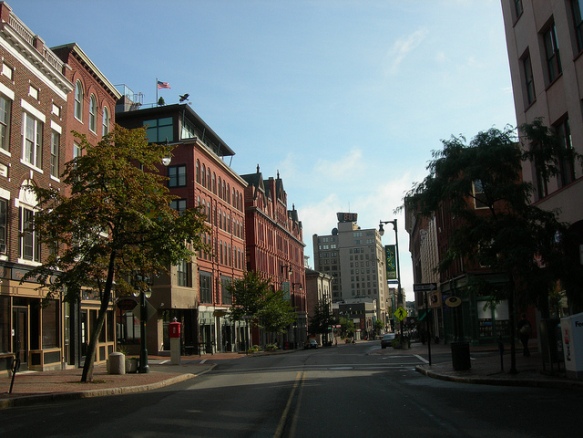 Finding the start of the race proved to be a challenge since I didn’t really have an address for the GPS but soon found it and was standing at the starting line with my fellow racers at 6:00am waiting for the starting gun to sound and the marathon to begin.

There was a wonderful summer rain and the air was thick with moisture. Since I’m from Utah and used to high mountain air which is a lot thinner than the sea level air in Maine my lungs felt great. I noticed right away I started to get a headache and realized I was breathing in too hard and getting a little oxygen high. I had to make an effort to slow down and control my breathing.

Everywhere I looked there were thick woods and green plants. We ran laps around a beautiful bay. Most races I do are usually run by going 13 miles out and then turning around and running 13 miles back however all of these were multiple laps around a lake or bay in a park. It was very unique and nice to be able to do something a bit different. My time for the first day was just under 5 1/2 hours. Not too bad.

Going into this 4 day marathon challenge I became a little worried by another race promoter on Facebook who was very critical of these races. He began putting dozens of negative posts and just out right lies about our race director, Chuck Savage, and saying the worst things about the entire New England Challenge race series. As it turned out Chuck did a really amazing job and I had a great time.

One of many historic New England Homes

One thought on “The New England Challenge – Maine State #20”