When life rains on your parade, play in the puddles.

My philosophy is that if life rains on your parade, play in the puddles. This race made me a puddle jumping fool.

The trick to finding joy in life is to make the best of  whatever your situation is. My Arkansas Marathon turned out to be a thunder and lightning rain-fest. As you might have guessed it would take a lot more than a severe storm warning to stop a bunch of crazy multi-marathon runners, especially the kind willing to run 5 marathons in 5 days.

The stay at Greenville Mississippi
The race took place at the Chicot State Park right on the Border of  Western Mississippi and Arkansas. The closest town was Greenville, Mississippi which was where our motel was located. The hotel was a little sketchy to say the least. You know it’s a bad omen when the sign on the front door warns you not to have your hoodie on when going into the Lobby.

We arrived a day early since we had a day in-between races. We seriously did not see another white person anywhere until the other runners arrived the next day. We had Googled Greenville, its claim to fame was that it was the Heart and Soul of the Delta.  It boasted of the  great Jazz bars on Walnut Street. We drove down there to check it out on Saturday night but I felt a lot like Ned Flanders ( you know the okily-dokily white guy on Family Guy). Long story short, we did not fit in very well so we headed back to the hotel where I took a soak in Epsom Salts in bath water that looked a lot like pee water.

Mississippi water is scarey. My son Riley told us the code of water. If it’s brown or yella’, drink it fella. If it’s black, send it back.

Since Sunday was a free day we decided to go to church in Greenville. The chapel was actually in Swiftwater Mississippi. We arrived a little late. When we got to the chapel all the doors were propped open. We hurried inside to get a seat but as it turned out there were plenty of empty benches. We were just in time to receive the Sacrament. Following the Sacrament the Bishop announced we all needed to leave the building immediately because there was a gas leak. All total we were in Church 5 minutes! I may need to talk to my Bishop in Utah about cutting down our time because a guy could get really used to this! They don’t waste time in the south.

See me I’m that tiny speck checking out the largest Indian mound in America. Lots of the weird things under the ground in the South.

We visited the  Natchez Indian Mounds that were located nearby. I’ve always believed that deep down I should have been an archaeologist like my hero Indiana Jones. Apparently there’s a lot of strange things all over the south so we thought we’d do a little exploring. There wasn’t much left but a few giant grass mounds strewn around. Good thing they had plaques to read so you knew what the heck you were looking at.
The Marathon
I ran the  entire  soggy marathon with my Australian buddy Trent Morrow AKA Marathon Man. The last time I saw him he was  at the end of the 2013 and he was just about to break the previous record for the most marathons in a calender year. Amazingly and unbeknownst to him the previous record holder, had handily claimed the new record for the year and beat Trent’s target goal. 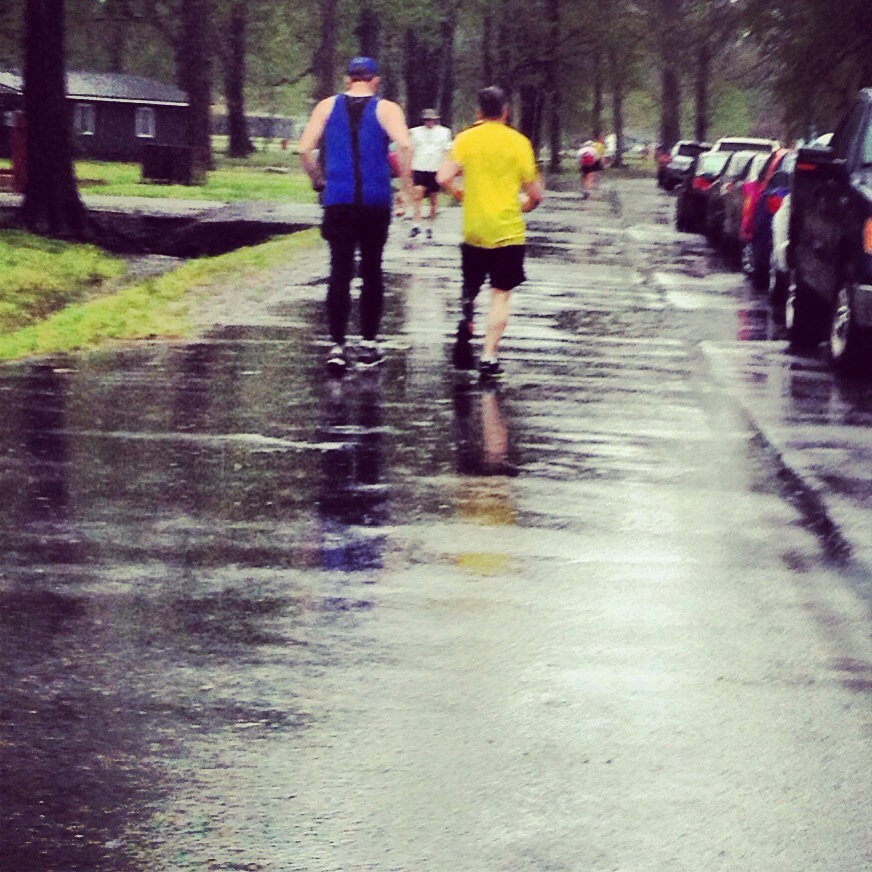 Runnin’ in the Rain

Because Trent is a man of ambition and conviction he made the best of his situation and has continued into 2014 to run on all 7 continents with the hopes of  possibly setting a record with different parameters. The set back brought out his true character and back to the true reason of his athletic endeavors. What really matters is not how many world records you set but how many peoples lives you  touch. This was his last week of racing. He ended his quest at the Memorial Boston Marathon. Another example of not letting life rain on your parade. Congrats Trent!!! April 22, 2013 – April 21 2014. 160 marathons/7 Continents. World Record! 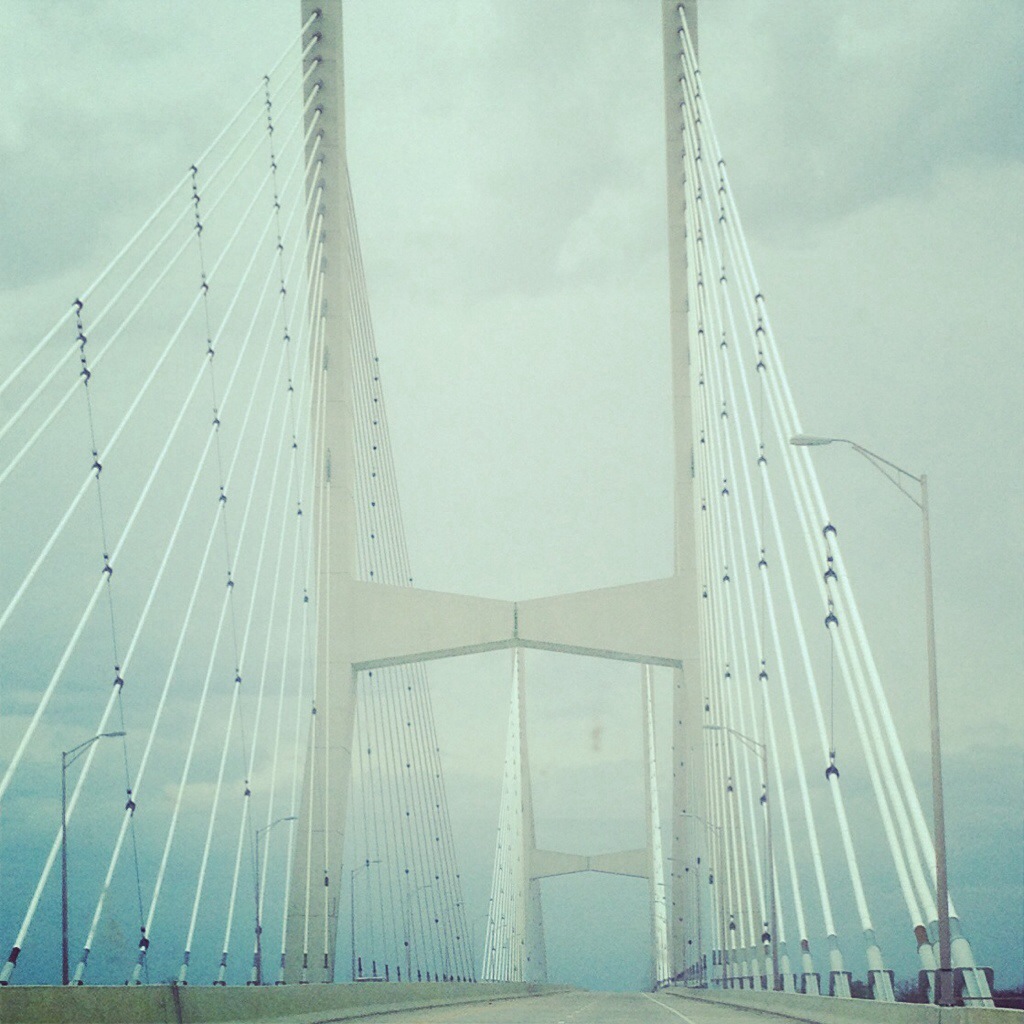 This is the kind of fortitude marathoners develop. Even with the harsh conditions of the Arkansas marathon, hardly a person complained. They were doing what they loved. They make the best of things. Their attitude was not ‘Oh this race sucks’, it was ‘Oh it great it’s not snowing or too hot‘.

Squirrel resurrection
About mile 15 were running though a wooded area I spotted a big fat dead squirrel on the course. He was laying on his back with his arms and legs spread eagle. I said to Trent, “Oh look a dead squirrel” I knew the little guy couldn’t have been there too long since we had just run through the loop minutes earlier. Trent said “I gotta get a picture of this”  I said “let me roll him over“. As I started to poke him over with one finger, his eyes popped open and he looked right at me. I froze with fear. Trent yelled in his Aussie accent, “He’s NOT DEAD mate!, You touched him with your Mormon finger and he’s alive again. ITS A MIRACLE! ” I immediately recoiled my hand for fear of  being bitten. The squirrel quickly rolled over and stood on its feet and scurried up a tree. Not sure how or why a a squirrel was playing possum in the middle of the trail but a lot of crazy things happen in the south.

Soggy Arkansas finish. Check out the puddles in the background.

We finished with a less than a stellar time of 6 hours 15 min. The rain continued all day. A severe storm warning warned of flash flooding. We decide to get the heck out of there since we could see the water coming up on both sides of the road! The public service message kept repeating the clever yet terrifying rhyme, “If you see water on the road, turn around, don’t drown”.
Arkasas Cookin’

Yes we ate at this place. We like to call it adventure eating. I only got a little sick.

As we made the 5 hour drive toward our next stop new Orleans. We happened to passed a old but still operating gas station/cafe . It looked like a something that you’d see if you stepped back in time. We decided to gamble and  do a little adventure eating at this eatery.
There were  signs everywhere advertising ‘boiled peanuts’ even though I never heard of this culinary delight before I was intrigued! Peanuts = yum! Boiled = weird but Ok.
The sweet little country gal who helped us was the spitting image of Sissy Spacek in ‘A Coal Miners Daughter’. They had two sizes, normal and large. I initially ordered the large but Lynette in her wisdom suggested I get the smaller size and try them out first. Once again she was correct. Just for the record boiled peanut are nasty, no other explanation is needed. It was like eating teeny tiny boiled potatoes. 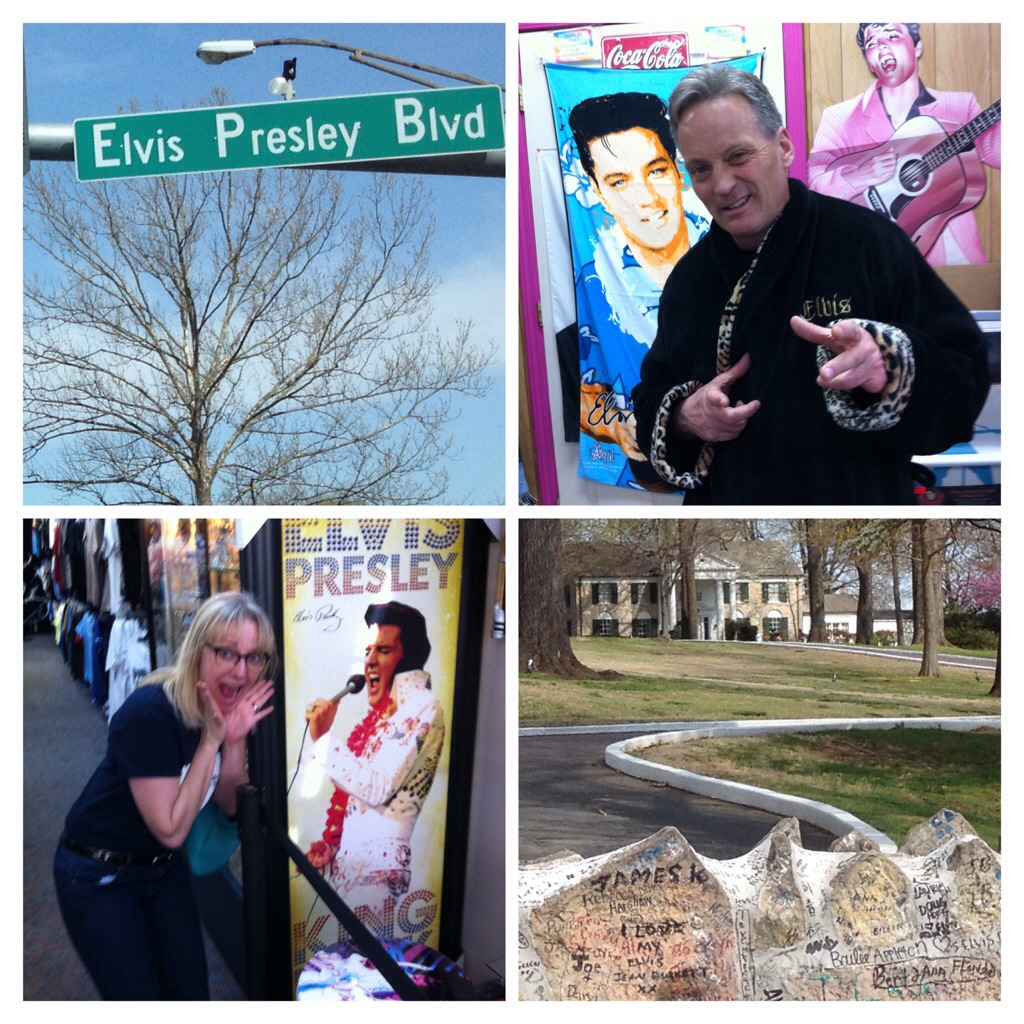 Of course we had to stop at Graceland to visit Elvis’s house on our way past in Tennessee.

As always the race was a success. The Adventure of travel and fun left us with many tales to tell. Best of all I have another medal to add to my collection.