I’ve always heard Alaska called the land of the midnight sun, but I just couldn’t fathom it.  How could the sun set and the sky remain light? I did not believe it. As our plane took off from Long Beach Airport it was obvious to me as I was watching the sun setting in the west there was no way that the sky could stay light. To my amazement the entire four hour plane ride the sun did indeed remain in the dusk stage. (Insert twilight zone music)  DO De DO Do. DO De DO Do.

I had just entered the Twilight Zone and experienced my first night with no darkness. As soon as we landed, the weirdness continued. I walked to the rental car area, each company was lined up side by side in the small airport. I came up to the Hertz desk and as I entered to line the person in front me says, ” Are you trying to rent a car?” I said, “Yes”.  “Well, good luck….” I wasn’t sure what the surly comment meant, but I soon learned that every rental car was gone, how was this possible? Anchorage is a good sized city. After being rejected at each and every rental car company, an  Eskimo-ish  looking woman discreetly handed me a paper. She said this guy may be able to help you and make sure you tell him Kristy from Avis referred you.

I had already called Chuck Harvey, a marathon friend, to pick me up when it appeared that I would be stranded at the airport. He and his sweet wife Susan had graciously invited us to stay with them in their Anchorage home. The next morning I called the cryptic number scribbled on the paper by the Eskimo woman. They asked for the address where I was. Soon a rough looking tattooed man knocked on the door with a very used looking 2009 Hyundai Electra complete with broken side mirror, a check engine indicator on, coins rolling around in the console and a rather strong scented vanillaroma pine tree air freshener. It seems that since Alaska is so remote there are not enough cars during the high season and people randomly rent out their cars at makeshift rental agencies. I felt like I was reliving the car rental scene in ‘The Secret Life of Walter Mitty’.

Here’s the another weird thing in Alaska. It is waaaayyy bigger that I ever imagined. It’s nothing to drive 3-5 hours to the next town. For most states if you drive three hours you’ll find yourself three states away. I feel like there has been some kind of conspiracy against Alaska. Riddle me this? Why do most maps of the US show Alaska as an average sized state? The scale represented is wildly off. Why it isn’t common knowledge that it’s like 1/3 of the size of the entire United States I don’t know. 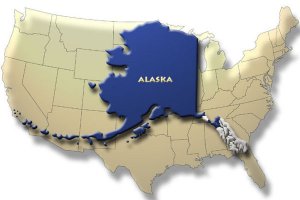 I feel maps have lied to me all these years about the size of Alaska.

Keepin the size of Alaska a secret…. Ya weird

Adjusting to the light never really happened the 4 days we were there. We would wake up every hour thinking it was morning. 2:00 am, 3:00am, 4:00 am. The sun then rose at 4:30. Rise and Shine !!!! One evening we had gone on a long bike ride after dinner on the Tony Knowles Coastal Trail. It was amazing. After Chuck drove us up to Flat Top to look over the view I said, “Hey let’s hike it”. Chuck looked at me with kind of a bewildered look and says, “You do know its 10:30 pm?” WHAT??? I was ready to hike all night long.

I ran into many runner friends from previous races at the expo. I also ran into 3 other amputee runners at this race which is so unusual. One of them was a double amputee, Marko Cheseto.  Marko is a native Kenyan that attended AAU. He lost his legs while as a student due to a frost bite accident. What an inspirational story. He is going to be in the next Paralympic Games.

Lynette had emailed the press that I was in town so we could promote the Challenged Athlete Foundation who helped us pay for the race. Channel 2 Sports sent a reporter out to interview me. We had a lot of fun with the interviewer. I loved all the positive energy at the Expo. 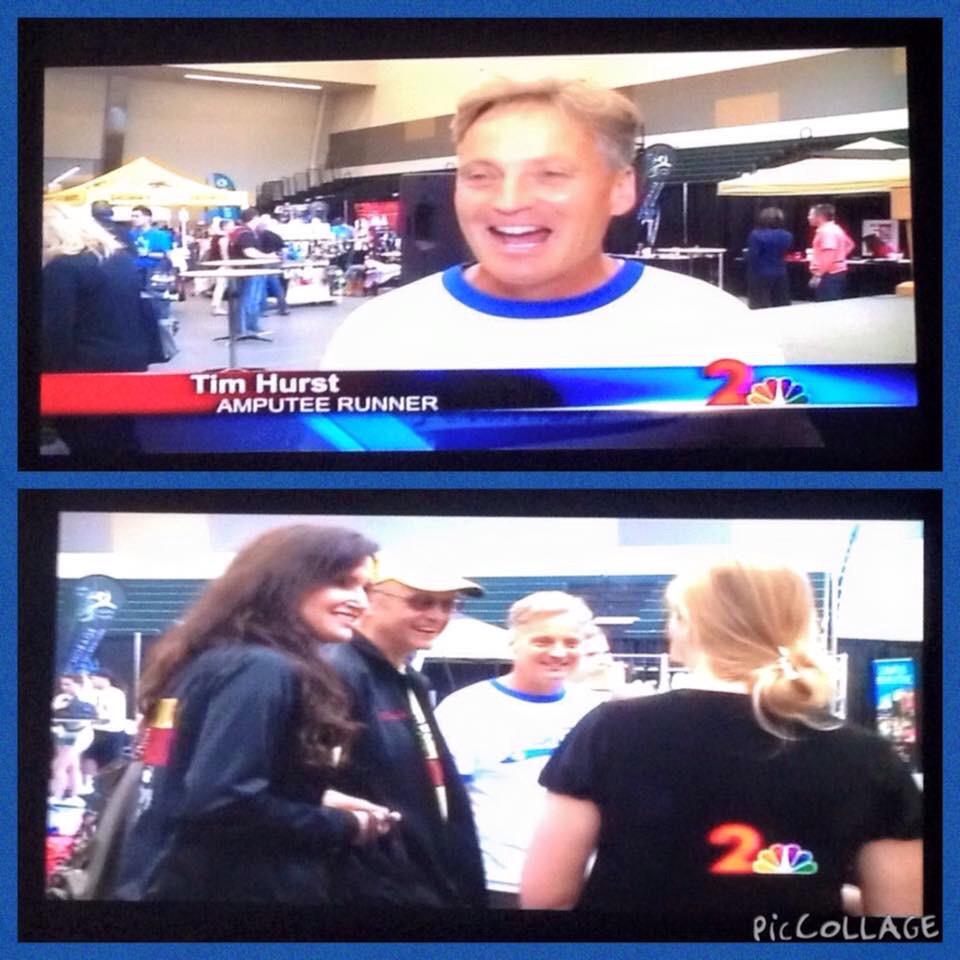 The race itself was put on by the University of Alaska Anchorage. Tricia Klein was also a guest of what we affectionately called ‘Chuck and Susan’s Bed and Breakfast’.  We ran a good portion of the race together. The temperature was a perfect 50-60 degrees. It seemed that 80% of the coarse was uphill or at least on a slight upward slant. Unlike most others I do well on hills, both the up side and the down side.

The course was challenging but extremely beautiful. I felt strong at this race. I’ve added a whole stretching routine to my workout and have really improved my diet. Had

to slow down on a little part of the course that was a narrow, uneven dirt trail. Friction and rubbing on that kind of terrain is always hard on my stump. Lynette, Susan and Chucks sister, Gwen were great cheerleaders. They made signs and rang bells at the 22 mile mark. I finished in 5:26. After the race I quickly jumped in the car and we drove to the city of Seward to go on a wildlife/glacier dinner cruise.

The 3 hour drive to Seward was indescribable. It felt like the prettiest parts of Utah, Wyoming and Montana on steroids. We saw plenty of the locals. By locals I mean moose and other wildlife. Communities along the way were celebrating solstice festivities with bands and booths. We arrived at the harbor just in time to see some of the giant halibut and other fish that people caught and were preparing right there on the outside tables. We climbed into the boat for the cruise from Resurrection Bay to Fox Island. For dinner we gorged ourselves on fresh salmon, king crab and prime rib at the buffet on Fox Island. 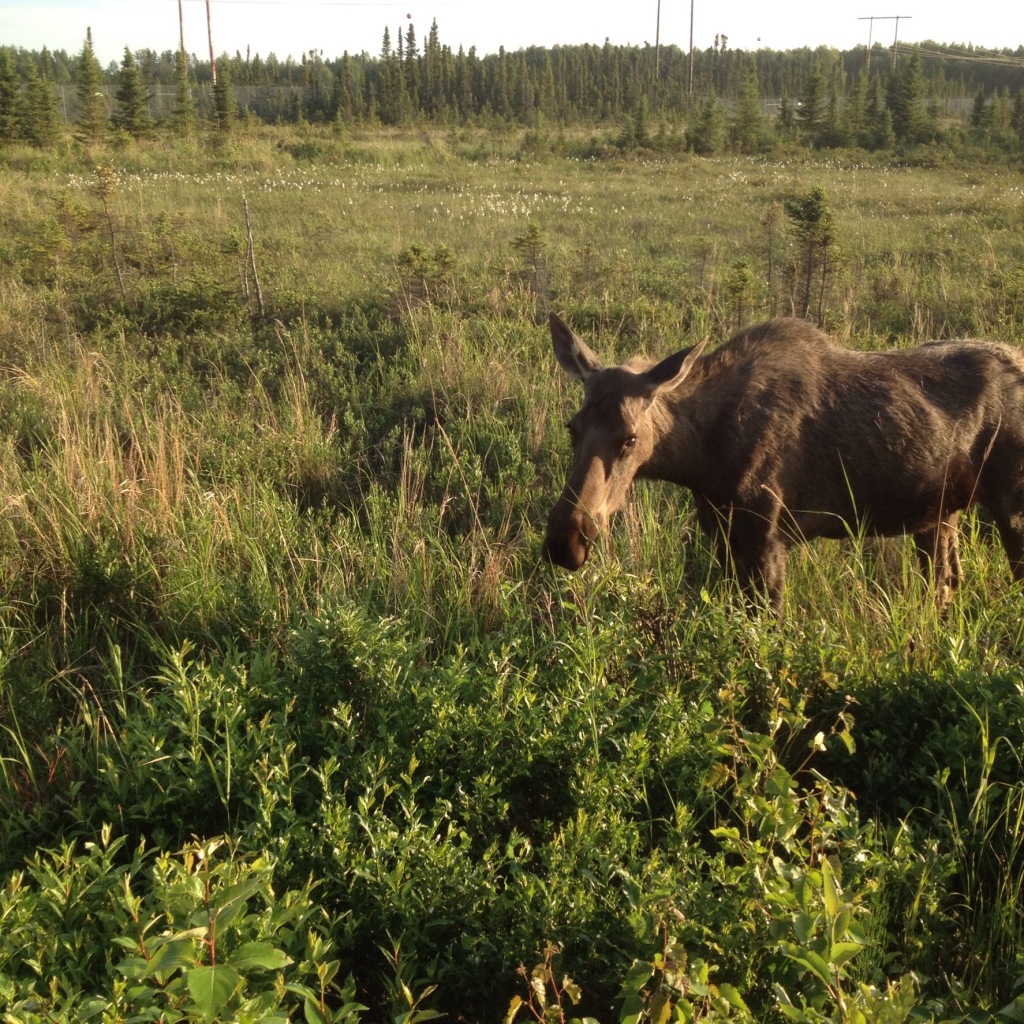 One of the locals

We packed a lot of stuff into this marathon trip and are so grateful to all the people that donated to help me get to this #39 marathon. I have to say that the Harvey’s who

opened their home to us really made this an amazing trip. I am humbled at their over whelming graciousness. Not only did they open their home up to us, they transported  us from the airport, fed us amazing breakfasts and dinners and did I mention they were also entertaining 3 other people at the same time? They let us borrow bikes, showed us all the cool places to go and even came along with us. Lynette and I have a love for them and Alaska now and hope to return to see the hundreds of things still waiting to experience.

Despite the weirdness of  never seeing darkness I really liked Alaska because I felt like I didn’t need to go to bed. We squeezed a lot of fun into this trip. Unlike the TV show this Twilight Zone episode had a very good ending for a change. Goodnight Rod Serling. 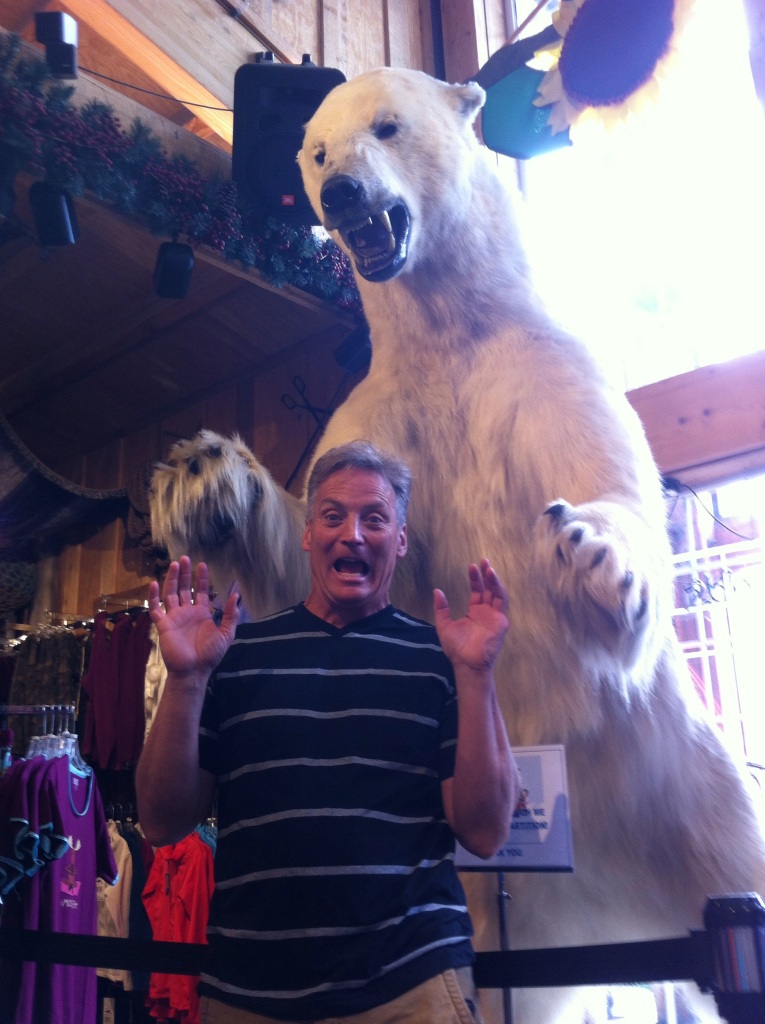 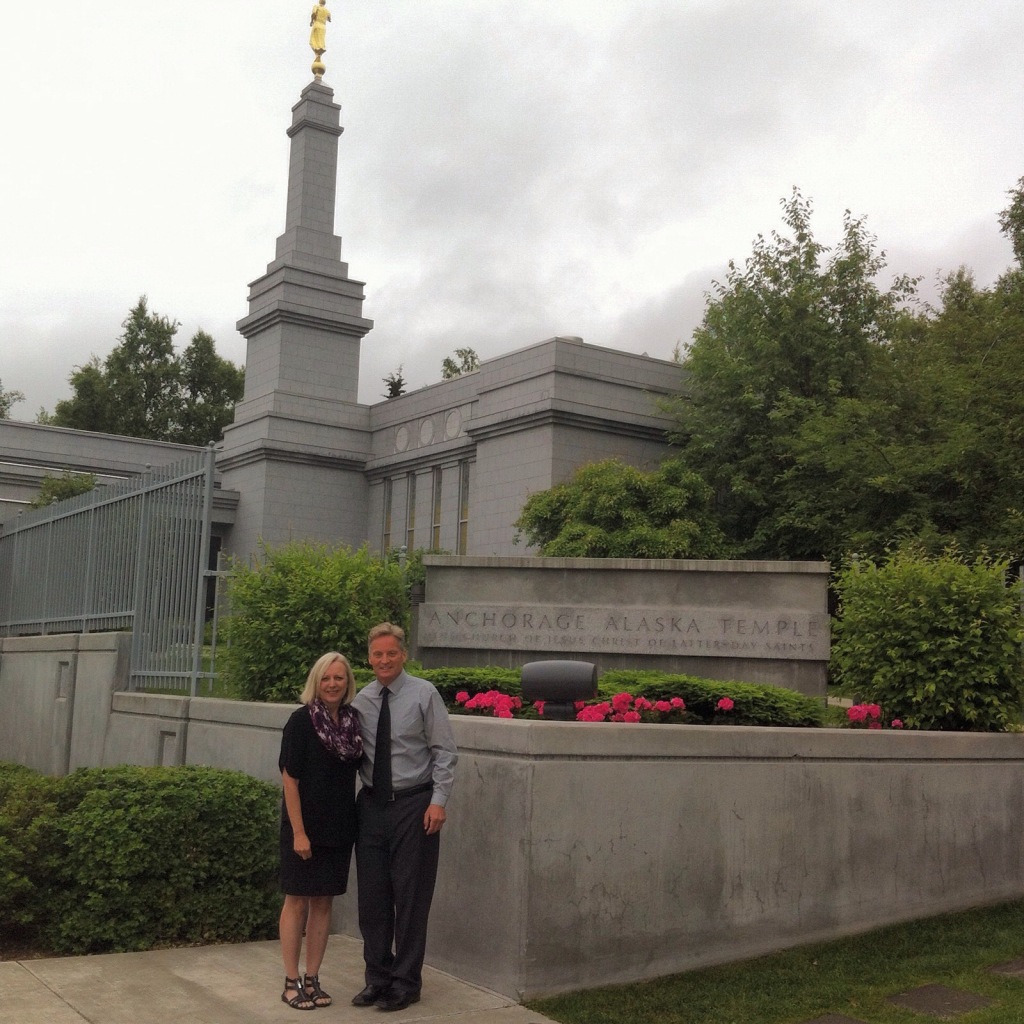