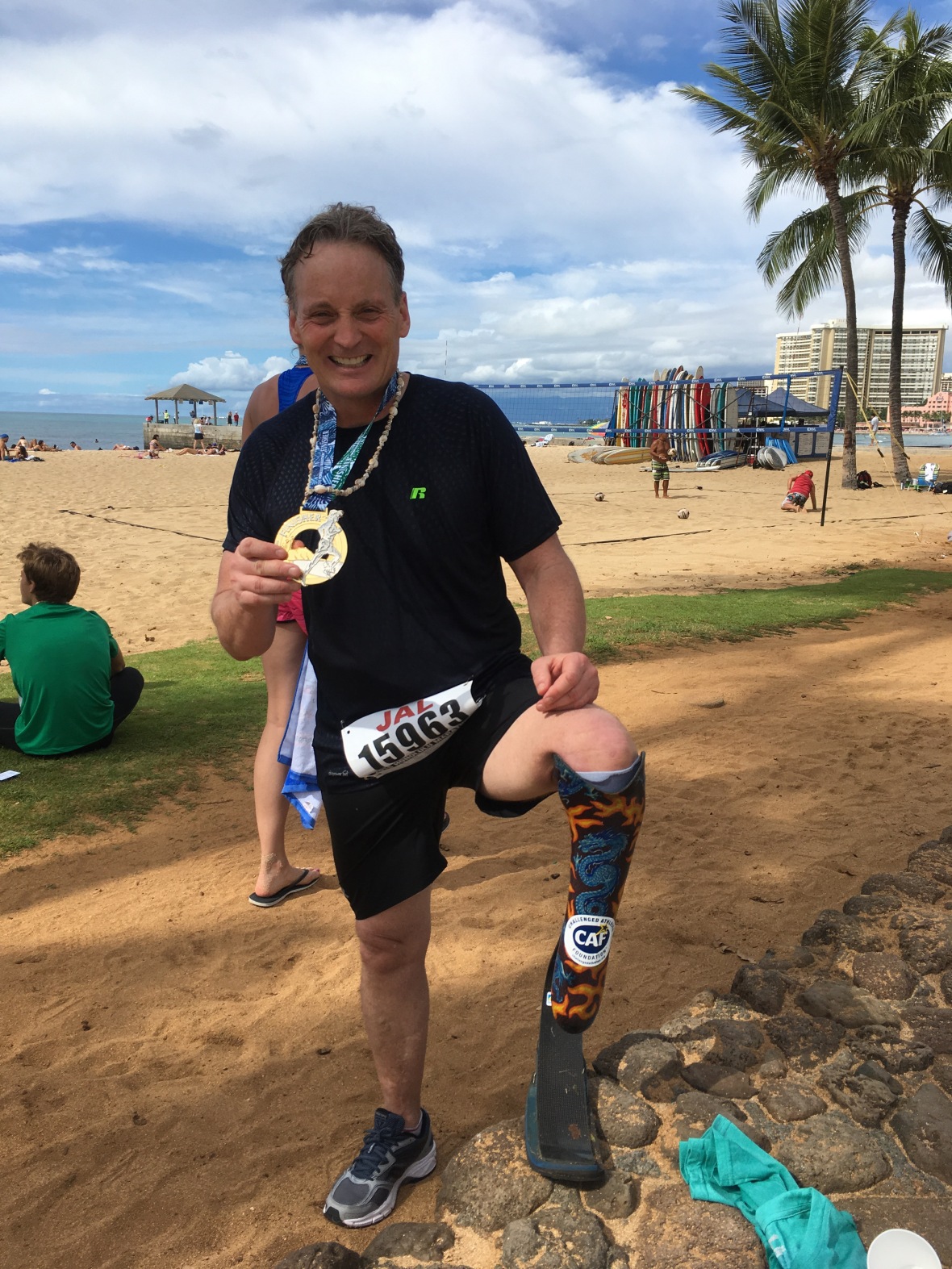 It’s a good thing that the  Honolulu Marathon was one of my last races because  I never want to run another marathon again unless I can jump into the beautiful blue Ocean afterwards.

Unique Facts about the  Honolulu Marathon: 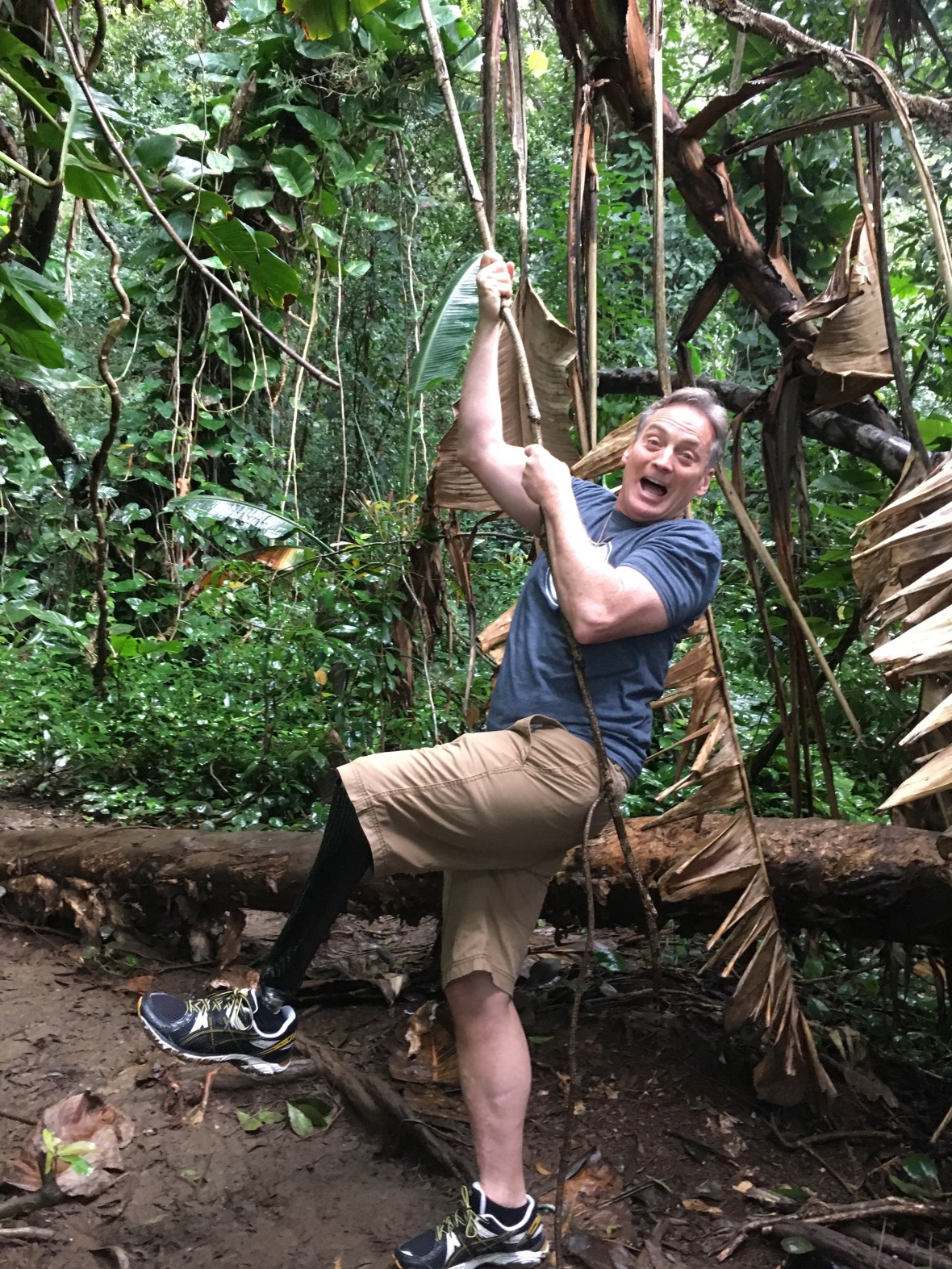 I couldn’t resist trying out Tarzan

I knew that I would eventually run a marathon in Hawaii what I didn’t know is how much fun it was going to be. I have been on pins and needles with anticipation of this trip. After researching the Honolulu Marathon course and realizing there would be quit a few hills I began a very strenuous uphill workout combined with heavy weight lifting on my legs.

Since December is winter in Utah all of my running took place in the freezing cold. If I could have changed one thing about my training it would  have been to be able to run in a steam sauna! The obvious problem with that is there are no 10 mile long indoor steam saunas. It was a very hot race.

Let me rewind a bit and go back a few days. We left Salt Lake late Tuesday night. The temperature was an icy 22 degrees! Planning ahead I wore my cargo shorts which turned out to be a very good idea since Hawaii felt like a perfect summer in Utah!

My wife Lynette and I landed in Maui got a car and drove to our hotel. As we passed the last EVER harvest of  sugar cane fields  (sad story for another day) and drove along the beach I was amazed to see all the surfers out in the ocean riding the white capped waves. We were truly in paradise. Our hotel the KaAnapali Beach Resort was right on the beach. It had the nicest staff and a very warm feel to it. It was not the fanciest place but the hotel has a reputation of being the most

Hawaiian hotel. They are really into guarding Hawaiian traditions and the staff made us feel like family.

While there were went whale watching on a small pontoon boat. What an amazing sight. We also drove the highway to Hana. The road to Hana has to be one of the scariest roads I’ve ever been on. I was grateful our tour bus driver said an Hawaiian prayer before our departure.

After 4 days we took a small plane to the Island of  Oahu. Our hotel, the Aston At Waikiki had a perfect view of Waikiki Beach. I can’t describe how incredible it was. My wife tried her hand at paddle boarding and we took a day and toured Pearl Harbor and the Polynesian Cultural Center. Every wonderful thing I’ve ever heard about Hawaii is true. What a wonderful place it is.

The starting gun went off at 5:00am along with a very impressive 20 minute fireworks display! So cool! The sun would not come up for another hour and half. I was running an 11- 12 minute pace until the day dawned and the mercury began to rise! The heat and humidity are hard on my prosthetic leg and my generally sweaty tendency. More than once I thought I was getting heat stroke! My brain knew what it felt like to be a fried egg!

Hawaiian  warrior drums beckoning runners to the top of the hill

Thanks to my training regimen I handled the hills with ease. Because of the amount of people at this race unlike other races I was never alone and I got to meet lots of people.  The race volunteers took great care of us. There were ice cold sponges and water every mile along the course with showers at the end of the race so you could cool off. The course was one of the most beautiful as it took us through the amazing homes at Diamond Head and along the beaches. 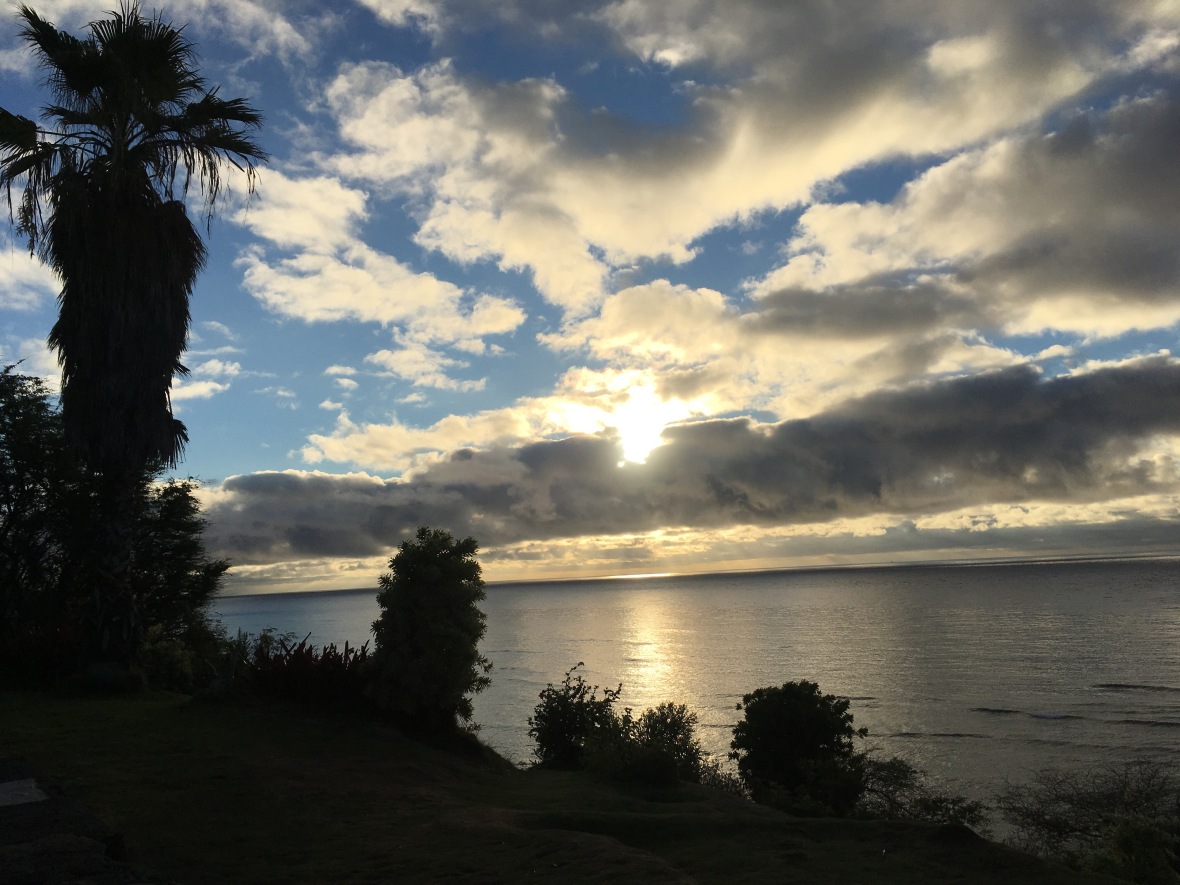 My finish time was 6 hours and 2 minutes. Not bad when you consider the heat. As I have said in the past, heat is to me what Kryptonite is to Superman. I came, I saw, I had an incredible adventure and I got my finishers medal!