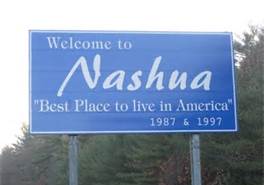 I never know what adventures I might run into while traveling around the country to do my marathons (no pun intended). While driving from Maine to Nashua New Hampshire I passed this little gem of a park. In case  you are wondering, NO this was not part of the marathon course and NO I did not sail, sun, or swim naked at this lovely resort. I like sailing, I like being naked but Both, I don’t know?

Not too many of these parks in Utah
#welcomesigndidsaythebestplacetoliveinamerica

The second marathon in this series turned out to be a ‘trail run’ instead of the standard marathon. I usually try to avoid trail runs since my running blade doesn’t really do very well in sand and water and mud. I kept tripping on rocks and roots but the hardest part was the turning and twisting which gave me some pretty good bruising later. The trail was the most thickly forested of all the races and our entire group got lost on the first lap. Instead of going straight the lead guy turned right and like a bunch of lemmings we all followed. After about a mile and a half one of the race volunteers cut us off and had us all go back and take the left turn instead. I figured we ran about 3 extra miles.

Great trail but BEWARE prosthetic runners! Roots would reach out and trip my running blade. #couldbelordoftherings

After the first lap all the runners spread out and I didn’t really see anybody the rest of the race. This trail even though it was very difficult for me was so beautiful. I could smell the wild flowers through out the course.

I couldn’t get over the fact that I was running my second marathon in two days. I felt strong, I felt good. I felt very blessed. I’m glad I started so very strong because the toughness of the course soon began to wear on me. This race consisted of 5 short loops and 2 larger loops. As I would finish each lap the race volunteers noticed I began showing signs of fatigue. It took me 6 and 1/2 hours to complete this marathon. That’s a little more than usual but sometimes just finishing is a good goal. To be honest later that night after I went back to my hotel room and I removed my prosthetic leg I noticed my stump was in pretty bad shape. It had many open skin splits and bruises and I considered not running day 3 but after a nice hot shower a good meal and some Neosporin, I started having hope again.

I meet so many wonderful people from all  all over the country, in fact  from all parts of the world as I  run in these marathons.  I feel blessed  for the chance to meet so many great individuals. 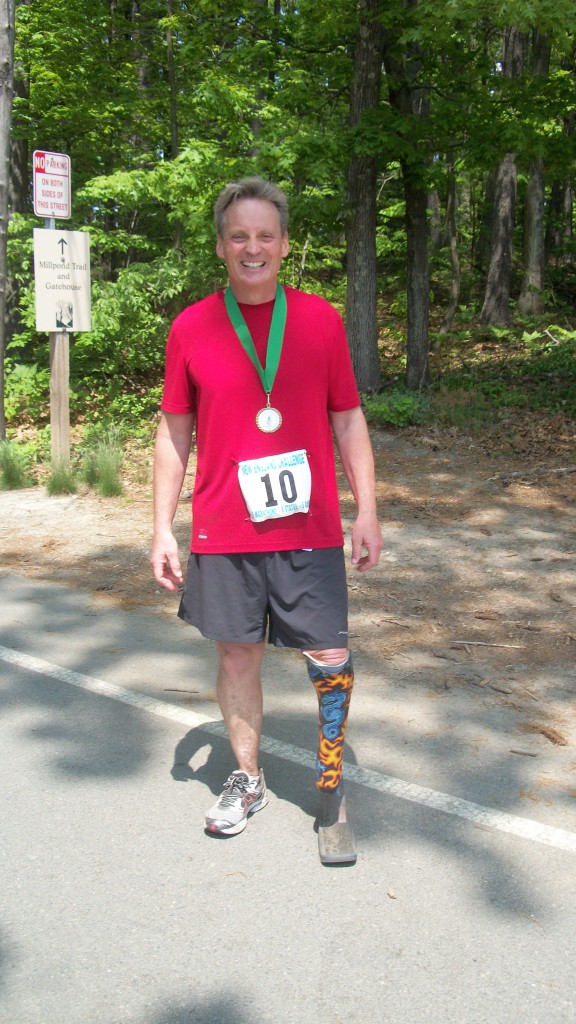 Day 2. I DID IT! The first time I have ever run back to back marathons. #hardestraceofthefour
#stillalivebarely

You can research a race before you run it but you never really know how tough it’s going to be until you run it. You just have to cowboy up and do what you’ve got to do. If you’re not tough enough then you won’t be running marathons for very long. Besides, the one thing you can count on is that they are all different and the next one will be better.

One thought on “The New England Challenge – New Hampshire State #21”